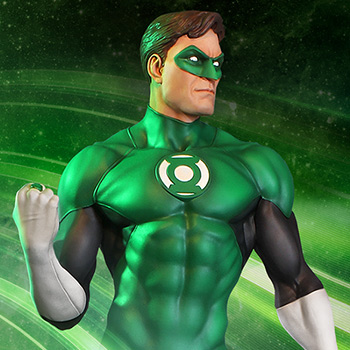 “In brightest day, in the blackest of night, no evil shall escape my sight. Let those who worship evil’s might, beware my power, Green Lantern’s light!” Almost every Marvel fan can quote these words by heart. The Green Lantern has been a household name for decades and with a very special addition, you can wield a piece of the Green Lantern’s power in your very own home. Introducing the Green Lantern from Tweeterhead! This particular piece is the 16th release in Tweeterhead’s broad range of characters in the DC Universe. This Green Lantern Maquette is a must-have for DC comic fans.

The superbly detailed 1/6 scale Greet Lantern Maquette stands over 12 inches tall at a sizeable 16 inches holding a lantern in its left hand in a powerful stance while standing up on some heavy artillery where the ring is supplying this powerful construct ammo. Hal Jordan, the heroic Green Lantern of Sector 2814 is depicted standing on a green laser canon, his ring is held in a powerfully clenched fist and his battery to his lantern in his left hand. This masterfully crafted statue is hand-painted and displayed on a bright, vibrant, and dynamic missile-launcher base that is made of translucent resin. Here is some more information on this peacekeeper of the galaxy and well-designed Maquette. What makes this Maquette stand out from other scale models is the detail that can be seen in the missile launcher construct that is being produced by Hal Jordan’s ring. There are several display options made possible by there being removable pieces such as the battery and ammo coming from Hal Jordan’s ring.

One of the most notable character designs of the Green Lantern is the ring that enables him to channel his willpower, turning it into a variety of amazing superpowers like the abilities to fly, create shields, lasers and create and harness other types of weaponry as beautifully captured in the design of this Maquette. This ring and the power it possesses allow the Green Lantern to fight evil all across the Universe. This powerful ring even allows him to don the very classic green and black uniform that protects his identity from being found out while living as a civilian on Earth. Overall, this Maquette is a perfect representation of Hal Jordan and would be a great addition to any DC Comic fan’s collection. 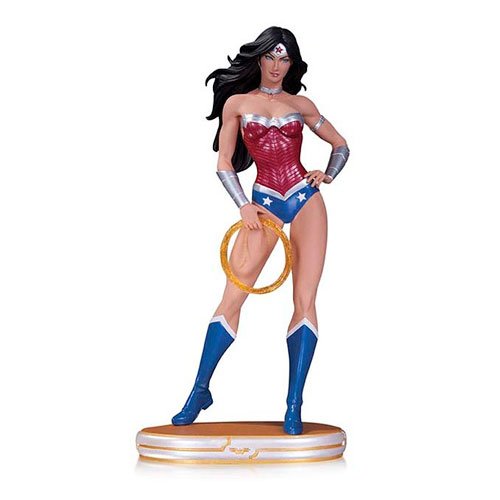 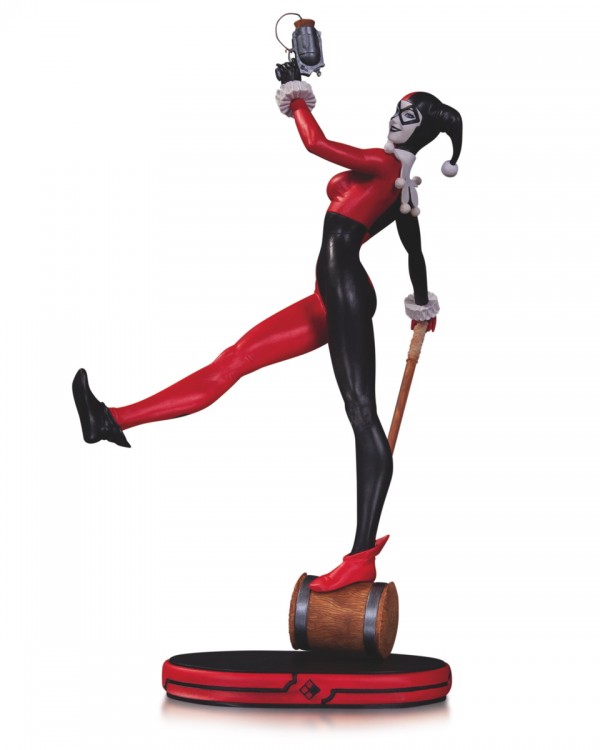